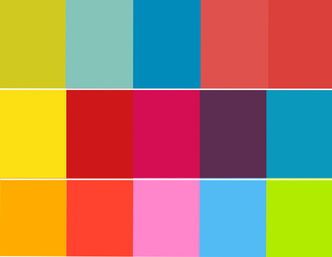 
Design Your Own Wave Experiment:
The Study of Color Wavelength Variation


Abstract:
While studying waves, our group was interested in color - and it's natural phenomenon. With this interest we decided to study color and how it attracts the human eye. We did an experiment that consisted of having people look into a dark box that had a color strip in it and then shown a bright light into the box. After this we asked them what they saw and recorded their answer. In the end we found that colors with larger wavelengths are recognized easier than ones with smaller wavelengths. Our results may not be the most reliable because of problems with our experiments.
Introduction:
The purpose of our experiment is to learn how wave length affects one's initial reaction to a color. We were fascinated in the phenomenon of color and wanted to explore deeper into the connection between how wavelength effect pigments. In this curiosity we decided to look into wavelength and how different wavelengths attract the human eye. The basic knowledge we had for this was to learn about wavelengths of colors. In a lab from Live Physics they explain,”The order of colors in light, arranged from shortest wavelength to longest, is called the visible spectrum of light. The image below shows light's visible spectrum, which runs from violet to red. You might recognize the spectrum as the order of colors in a rainbow.” Also you have to understand that the human eye can only see the visible spectrum. NASA explains this in an article about color wavelength. It states, ”Our eyes are sensitive to light which lies in a very small region of the electromagnetic spectrum labeled "visible light". This "visible light" corresponds to a wavelength range of 400 - 700 nanometers (nm) and a color range of violet through red. The human eye is not capable of "seeing" radiation with wavelengths outside the visible spectrum.” We believe that colors with larger wavelengths be recognized easier than ones with smaller ones. This is because human eyes have more sensitivity to red than they do blue and red has a larger wavelength. So because of this we think larger wavelengths will be easier recognized.
Question and Hypothesis:
How does the variation of wavelength of a color affect one’s initial reaction to color?
If the wavelength of a color is larger, the test subject will recognize the color quicker because of the human eye's sensitivity to red color waves. to certain wavelengths and the sensitivity of specific colors.
Methods and Materials:
To create this experiment we took a black box and cut a hole in the top of it and also on two different sides. Then we printed out color swatches from the internet that had a variety of different color swatches. We cut these into strips so that there were different patterns of color to look at. We took eight test subjects into a dark room where we had the box setup with the color strips. These color strips had many different colors on them. The first had green, blue, pink, red, and  yellow. The second had yellow, red, pink, purple, and blue. The third had red, orange, blue, light, blue, and green.  We then had one test subject look into the box where we would turn on a flashlight quickly and then turn it off quickly. This quick flash of light meant that the test subject only had a moment to process the color before it went dark again. After this we asked the person what they saw and we would record that data. We continued these steps and after all eight people had seen the first strip of paper with colors on it we would change it out and put in the second and then the third.
Results:
After the experiment we looked at the data we collected and made some conclusions. It seems that the most recognized colors are red, pink, blue. Red was the most common color seeing as it was seen in the first two rounds people saw either red or pink which is just a shade of red. In the third round of the experiment there was an interesting contrast to the results from the first and
second round because every test subject saw either blue or light blue. In the end we found that red is the most easily recognized color and and that colors with larger wavelengths are seen easier.
Discussion:
Our results  were not the most conclusive because our experiment was not refined as much as it could have been. Our results were that red was easiestly recognized and the blue was second. These give some very interesting things to think about because red and blue are almost opposite on the color spectrum and have very different wavelengths.  If we were to do it again we would  have had more colored strips that very which colors are in the middle. If we had done this we could have gotten data that was more reliable. The problem with our experiment is that every color every one saw was either in the very middle or one to the side of the middle. This made it so that our data was not as accurate as it could have been and we can’t say that our results were completely correct.

My Reflection
For sure the skills that I learned most were construction and collaboration. Before this project I had no idea of how to use a bandsaw, a power drill, or even properly use a saw. The construction in this project really helped me develop new skills. Also this project needed a lot of teamwork. This definitely created frustration and tension in my friendships while working on the Rube. I feel that this really tests limits when working on a challenging project like this.
The most challenging parts of this project would have to be the dominos and the scissors. Many times the dominos would stick, not trigger, or trigger to soon. We were able to use tape and wood to create a stronger system for the dominos. WIth the scissors, sometimes they wouldn’t cut or the weights wouldn't hit right. In the end we were not able to really fix this problem but we were able to release the string manually yet hidden if it did now work.

We drew out many different concepts before we were able to get one that we liked. We used SketchUp and drawing everywhere to get our blueprints. On our wood you can still slightly see drawings from when we trying to get a design. When we finally chose one we still changed it as went but most of our rube is based on that idea.

Our Rube included the following 12 steps:
Step 1. A chain of dominos were knocked down, triggering a golf ball
Step 2. The golf ball then rolled down a ramp triggering another set of dominoes
Step 3. Again those dominoes triggered a golf ball
Step 4. The ball fell down a tube hitting a small cart at the bottom
Step 5. The car, with a pole attached to it, rolled along a track finally stopping when hitting a nail
Step 6. The car triggers a ball which continues on a higher track
Step 7. The ball falls through a cup hitting another ball
Step 8. The two golf balls roll down a ramp into a weight
Step 9. The weight and the two balls fall through a funnel onto a pair of open scissors
Step 10. The scissors, with string in between the blades, cut the string
Step 11. The platform holding salad dressing and a ball fall slightly
Step 12. The ball rolls down the now slanted platform pushing it into a strainer, pouring the dressing onto the salad below.

HOW DOES TECHNOLOGY AFFECT US?
TEXTING IN CLASS EXPERIMENT ​

In this project we came up with our own experiments to develop and conduct. We were allowed to chose our partners and our questions. We had to create a testable question and control variables in the project. We then had to create a hypothesis based on this question. Then we would collect our results and see how our hypothesis compared. We would display our results in a visual and create a project write up. In the end we displayed our project for a bigger audience.

In this project, I feel like I did really well with using spreadsheets to collect and graph data and formulating  testable question. My partners and I collaborated well. There were points in time where we were distracted or not being completely productive. Previously to this project, I would have not known how to create a conductible experiment or how to formulate strong scientific questions. I really enjoyed collecting the data and putting it all together. Also I enjoy having this project on my DP for a community larger than my class or school. I am fairly proud to display my project and use these skills now and in the future. 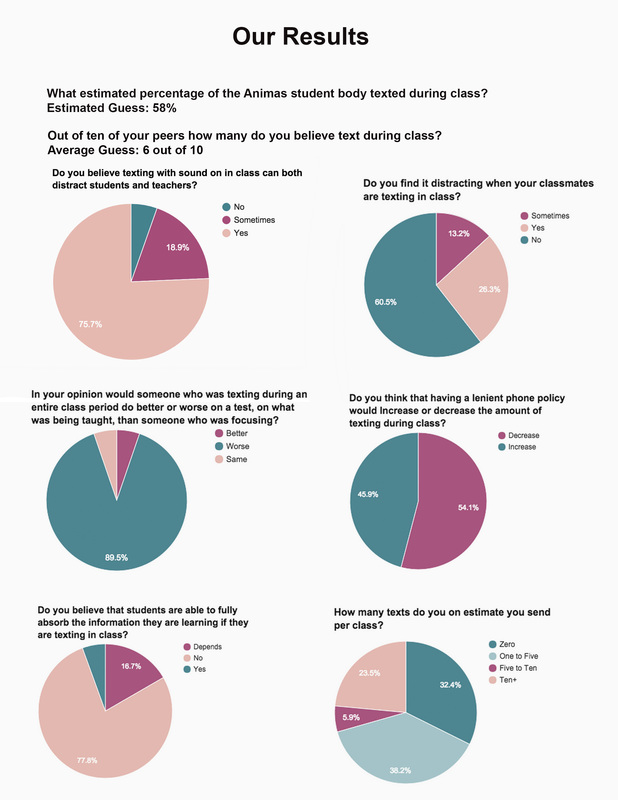